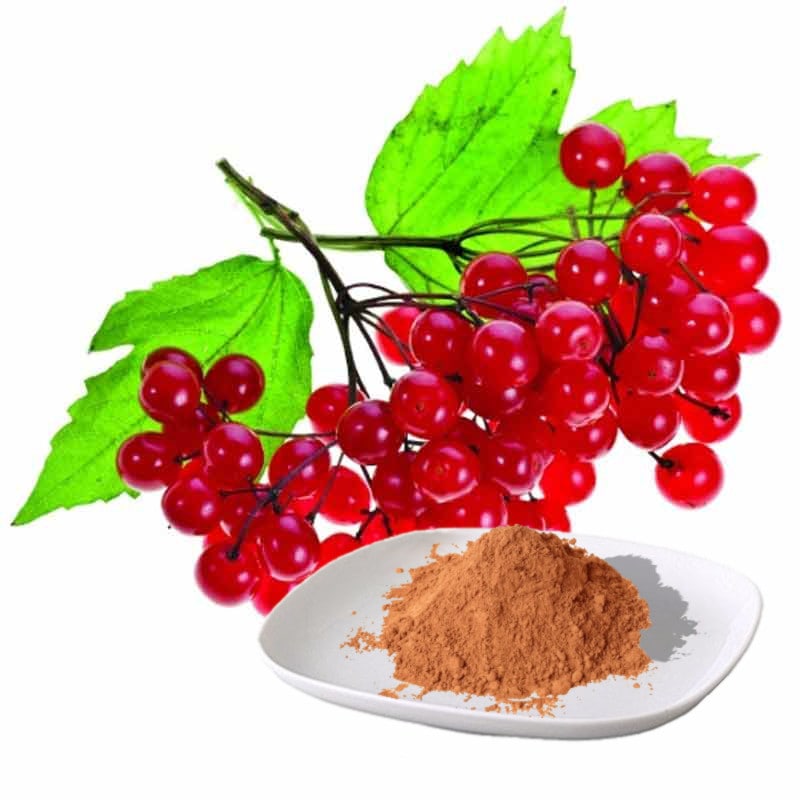 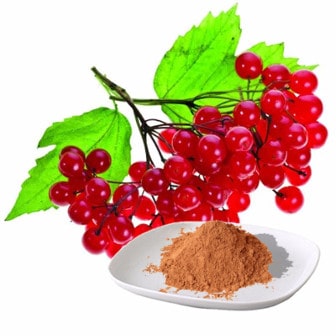 The extract of Viburnum (fruit)

The composition of this healing plant is the presence of a large number of useful elements. All of them have a beneficial effect on the human body, help not only to eliminate the ailment that has arisen, but also to restore the protective functions of the body. The composition of the viburnum includes the following components: vitamins A and C; tannins; pectins; phytoncides; phosphorus; potassium; iron; manganese; copper; copper; iodine. The leaves of the plant contain a lot of valerian, acetic and oleic acids. Useful properties of berries are so great that this fruit can seriously compete with a huge number of other gifts of nature. Even in ancient times, healers used the useful properties of the viburnum for therapeutic activities.

Kalina is actively used in gynecology because of the presence of the viburnin in its cortex. He leads the uterus in tone and has a vasodilating, analgesic, hemostatic and antiseptic action. The bark can be used to prepare a decoction to stop uterine bleeding, especially in women during the menopause, during pregnancy and menstruation disorders. It is also used in folk medicine to stop blood from the nose. The fruits of the viburnum positively affect the work of the heart and increase diuresis (volume of urine). The berries of this shrub, jam with them and honey help to overcome the unpleasant manifestations of colds, coughing, choking, hoarseness. They are used as a pathogenic, vomiting laxative. For those who have a stomach ulcer, the fruits of the viburnum are an excellent remedy. This healing berry reduces the amount of cholesterol in the blood. It is actively used by people suffering from atherosclerosis. With the daily use of berries of a guelder-rose during a year in quantity of 1 teaspoon it is possible to protect an organism from problems with pressure. Such measures are an excellent prevention of stomach diseases and the occurrence of cancer tumors.