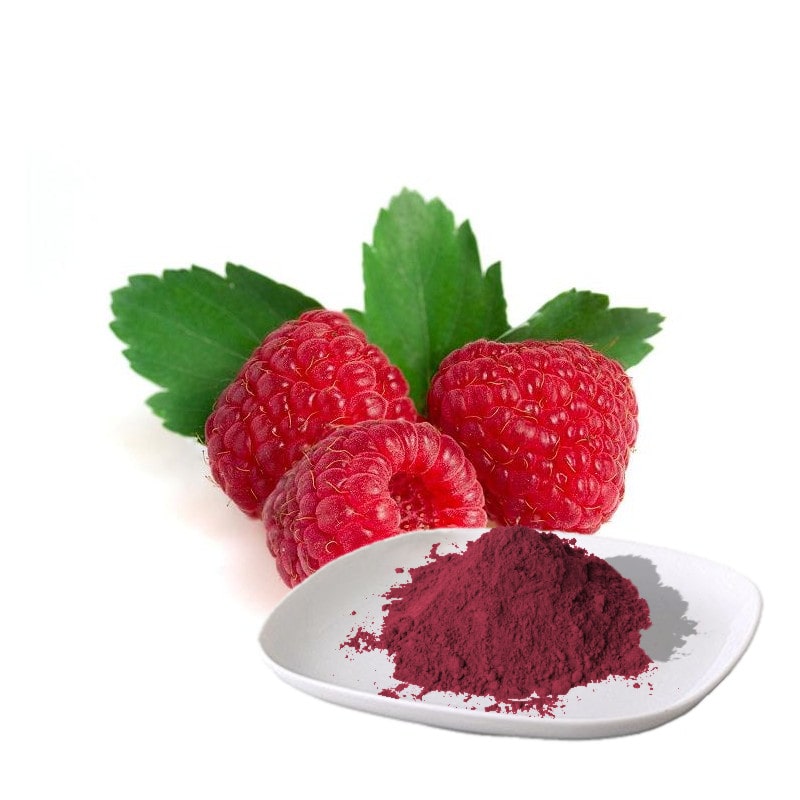 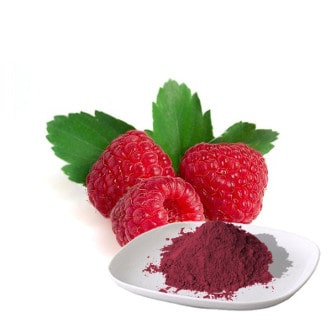 It is known that raspberries are almost 85% water, about 8–9% are carbohydrates and about the same amount is mono and disaccharides. It also contains proteins and fats. Berry is rich in vitamins: most of all vitamin C, then, in descending order: B9, PP, E, B3. And here is a list of micro and macro elements: potassium, calcium, phosphorus, magnesium, chlorine. Contains raspberry and acid: salicylic, malic, citric. The anthocyanin substance is also present in it, which makes the capillaries more durable. Raspberries are not very calorie. So 100 grams of berries contain only 40 calories.

Besides the fact that raspberries are very tasty, its medicinal properties are also widely known. Along with such berries as blueberries, raspberries are used as prophylaxis and helper in the treatment of a number of diseases. Everyone knows the useful property of raspberries for colds to lower the temperature. Not less deserve attention and the ability of this berry to stop bleeding and remove toxins. Raspberries and its beneficial properties will also help people who suffer from radiculitis, anemia and atherosclerosis. Raspberry is added to tea, getting a great tool that is recommended to drink during a cold. But it is worth knowing that if you brew raspberries, then you need to do this for no longer than three minutes and always boiling water, as the berry will lose more useful properties in warm water. Many believe that raspberry jam has the same beneficial properties as fresh berry, but it is not. Of course, it will still be useful, but it’s not a secret to anyone that during heat treatment many useful substances are destroyed. However, during illness, both fresh raspberries and raspberry jam will be a great help to aspirin, do not forget about it! After all, in addition to the antipyretic, raspberry has such properties as diaphoretic and mild anesthetic. Also raspberry has a diuretic property. It can contribute to the fight against pathogenic bacteria and viruses, such as: yeast spores, fungi and Staphylococcus aurous. Raspberry improves the complexion and its condition, therefore it is recommended for women.

In addition to vitamins, which have a positive effect on our body, minerals play an equally important role. For example, copper, which is part of raspberry, normalizes and regulates the work of the nervous system. People who are experiencing constant stress and nervous breakdowns, it is desirable to make it into your diet. Because it contains salicylic acid in raspberries, it is useful in diseases of the joints. Magnesium is beneficial for the cardiovascular and nervous systems. Vitamin K for blood clotting. Raspberries are very rich in dietary fiber, which has a very positive effect on the work of the intestines and due to these fibers, cholesterol absorption is reduced. An interesting fact is that raspberry helps to get rid of hangover due to the fruit acids it contains.

The leaves of raspberry, as well as the berries contain a lot of trace elements, sugars, vitamins, minerals and volatile production. Plus they are just a storehouse of ascorbic acid. On the basis of raspberry leaves, various decoctions and infusions are prepared, which are used to treat colds, tonsillitis, laryngitis and stomatitis. Such decoctions are an effective means for gargling. For women, raspberry is especially important, as it positively normalizes the work of the smooth muscles of the uterus and intestines. But you need to take into account one moment for pregnant women, they are contraindicated for decoction before the 36th week of pregnancy.