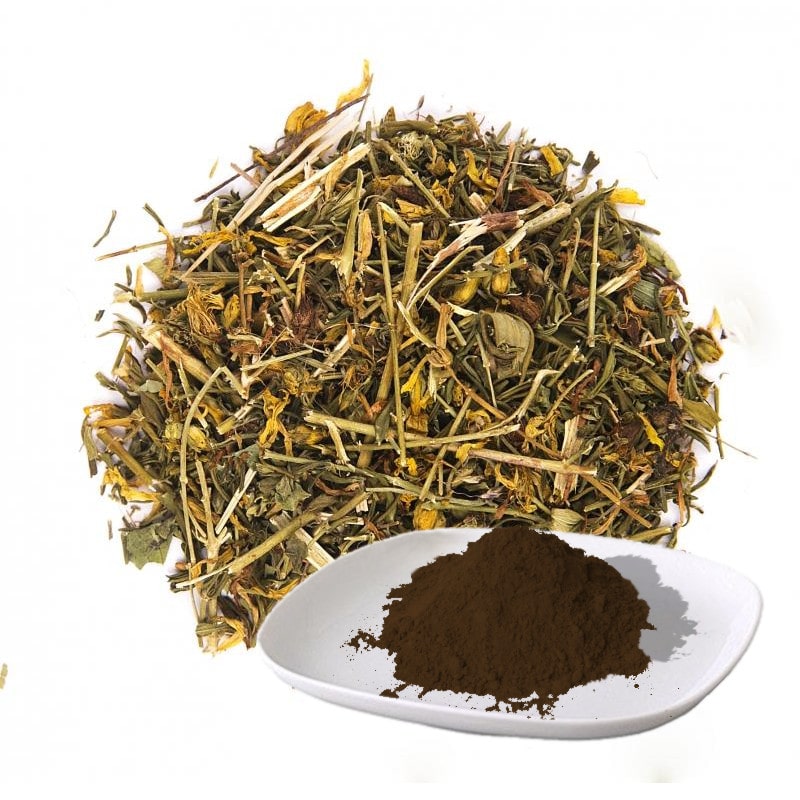 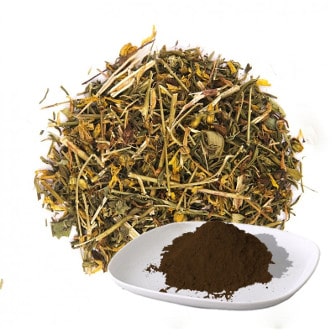 The extract of St. John's Wort

The herb of St. John's wort is a component of many burs and biologically active additives. The herb is non-toxic, but because of the content of traces of various alkaloids that can cause an exciting effect on the central nervous system, insomnia, photosensitivity, it is contraindicated in pregnancy, lactation, children under 12 years. Also, the preparation has the following contraindications: hypersensitivity to the drug components.

Currently, there is the following information on the interaction with other medicines: with the joint application of St. John's Wort preparations with cyclosporine, warfarin, steroid preparations, antiviral agents - reverse transcriptase inhibitors (amprenavir, indinavir, efavirenz, nevirapine, nelfinavir, ritonavir, saquinavir); inhibitors of the activity of proteolytic enzymes may reduce their effectiveness. St. John's Wort (common) - lat. Hypericum perforatum L. - belongs to the family Hypericum (Latin Hypericaceae). There are about 350 species of St. John's wort, in Russia there are 50 species. In the herb of St. John's wort contains tannic substances (up to 13%); flavonoids (up to 8%): hyperoside (in grass - 0,7%, in flowers -1,1%), rutin, quercetin, quercitrin and isokvetsitrin; carotene, antibiotic hyperforin; leucoanthocyanides and anthocyanins (5-6%); essential oil (0.1-1.25%), which includes cineole; resins, nicotinic and ascorbic acids, vitamins P and PP, choline, anthocyanins, saponins, alcohols, traces of alkaloids and other compounds.

The herb of St. John's wort contains colorants: hypericin (up to 0.4%), pseudo-hypericin, protopseudo-hypericin, franguloemodinanthranol, hypericodihydrodianthron, pseudo-hypericodihydrodianthron. Preparations of St. John's wort have anti-inflammatory, antiseptic, astringent, spasmolytic, diuretic action, stimulate the regeneration of tissues. The plant has fortifying and hemostatic properties. Flavonoids of St. John's wort have an antispasmodic effect on the smooth muscles of the intestine, blood vessels, bile ducts and ureter, prevent stagnation of bile in the gallbladder, increase the outflow of bile, prevent the formation of stones, facilitate bile secretion in the duodenum as a result of reduced spasm of the sphincter of the hepatic pancreatic ampulla, stop cramping of the thick and thin intestines, restore normal peristalsis, improving the digestive capacity of the gastrointestinal tract. St. John's wort removes the spasm of blood vessels and has a capillary-strengthening effect, typical for compounds containing vitamin P. St John's wort improves the venous circulation and blood supply of some internal organs, and also increases diuresis as a result of a decrease in the stress of the walls of the ureters and a direct increase in filtration in the renal glomeruli. St. John's wort has photosensitizing properties, in other words, it increases the sensitivity of humans and animals to the action of sunlight (this is attributed to the presence of hypericin in pigmentosa). Tannins of the plant have a light astringent and anti-inflammatory effect, have antimicrobial activity against a number of microorganisms resistant to the action of antibiotics.

High antibacterial activity of St. John's wort has been established. Hyperforin plant inhibits the growth of Staphylococcus aureus, acts on Gram-positive microflora in low concentrations, but almost does not affect gram-negative microorganisms, fungi and actinomycetes. The bactericidal activity of this antibiotic is much lower than the bacteriostatic activity. However, hyperphorin has no independent practical significance due to the chemical instability and instability of antimicrobial activity.

Bitter substance in aqueous extracts from the herb of St. John's wort excites gastric secretion. Hypericin contained in the plant, when taken orally, plays the role of a catalyst for some intracellular reactions and a factor regulating important vital processes of the body. It also increases the absorption of ultraviolet rays by the skin, but it does not dissolve in water, so it is not detected in infusions and broths, but is found in alcohol extracts and in plant juice.